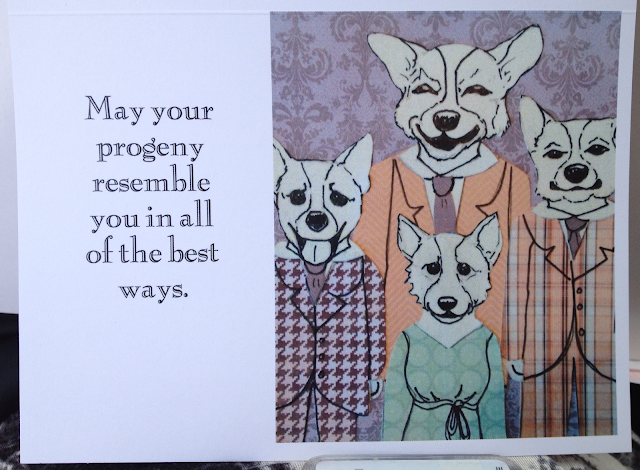 (How I made it below the jump)

I like to draw animals in clothes, and I found myself with a lot of patterned paper on hand, so of course I did what any person would do in such a situation– I made a father’s day card featuring animals* in clothes made of patterned paper. With wallpaper.

I have two older brothers, who were born in the early 70’s, and I was born in the late 70’s, so I decided that it would be fun to depict everybody in 70’s style semi-formal clothes. I remember a particular photo of us with our dad when I was very young, and everybody was wearing variations on brown and orange. My dad is about 6’4″, so he stood in the middle with his three much shorter children standing around him like Ewoks. Given the constraints of proportion here I wasn’t able to replicate that height difference, but I tried to capture our respective personalities at the time in the faces of the dog family.

*Corgis. If it wasn’t clear, my feelings aren’t hurt.