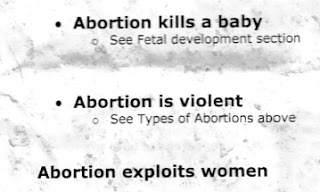 I currently live in Wichita, Kansas. It’s where I was born and raised.

I moved away for college, and then elsewhere for the rest of college, and then out of the country for grad school, and then back to the states and back to Wichita. It’s a good city in which to be a kid or adult, but in various ways the city has continually been linked with one thing in my mind: abortion.

The so-called Summer of Mercy occurred in Wichita in 1991, when I was in middle school. Two years later Shelley Shannon shot Dr. George Tiller, provider of late-term abortions, five times while he was sitting in his car. In 2009 Scott Roeder succeeded in assassinating Tiller at Reformation Lutheran, my family’s church. Now, South Wind Women’s Center has arisen, in the face of continued difficulty, in Dr. Tiller’s former clinic, managed by Julie Burkhart. Last year, my mom and I attended their one-year anniversary party.

That’s a condensed history of my personal associations between Wichita and abortion rights, in order to provide some background for the significance of something I found on my walk this morning.

I found some pages to an instructional manual for A Better Choice, a Catholic “pregnancy crisis” clinic in Wichita. PDF available here.

Walking by the grocery store, I saw a piece of paper on the wet sidewalk, and stopped to read what it said: 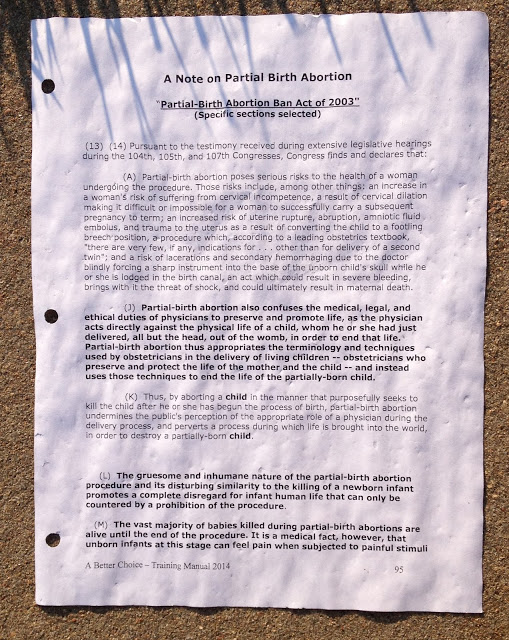 “Huh,” I thought. Took a picture, and kept walking.

Then, I found three more pages. Print on both sides. These I carefully picked up, folded, and took with me. Those are the pages in the PDF. As you’ll see, they were not in the best shape– it rained this morning, which I’m sure didn’t help.

The first page appeared about two blocks from Kapaun Mt. Carmel Catholic High School, which I have little doubt is where they came from. Some high school student was likely walking home after being encouraged to volunteer at A Better Choice, and…..didn’t think too highly of the opportunity? Not sure there. I do know it’s not exactly out of character for high school students to be destructive of property.

But hey, it felt like a fun WoW quest, picking up those pages. I was disappointed when they stopped appearing.

And then disappointed again when I read this:

At the bottom of each page….