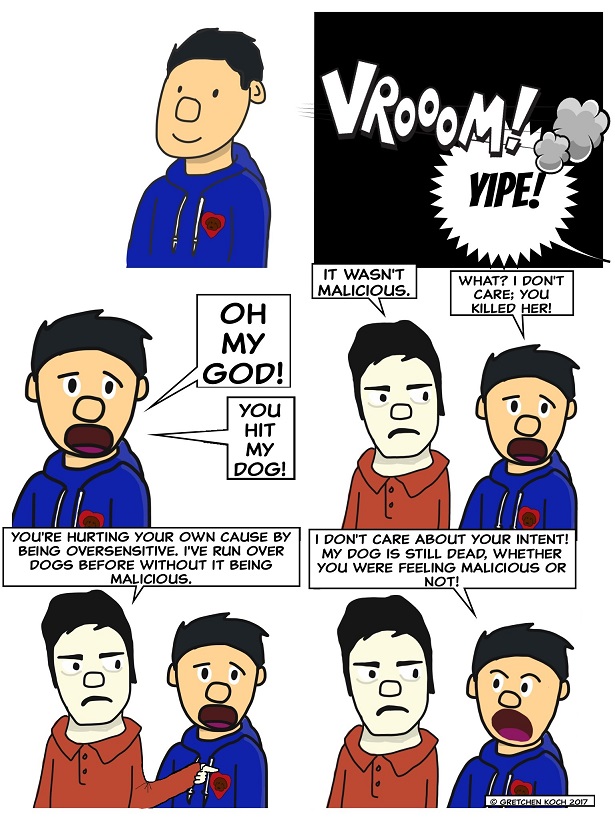 Last week I witnessed an argument in which a guy who considers himself a “rationalist” proceeded to lecture a group of people in shock over police in St. Louis killing a transgender woman on how the use of a transphobic slur isn’t an issue if it wasn’t malicious, and if you can’t prove that it was used maliciously, you’re just hurting “your cause,” (which, it turned out, referred to “the left”).

A number of people tried to make this guy understand that words are considered slurs in the first place because the consequence of their use is harm regardless of how they were intended, but he simply repeated over and over again that “the only relevant point” is whether the slur is used “maliciously.”

“I’m trying to give you a friendly warning here,” he said, “You’re hurting your own cause. Seriously.”