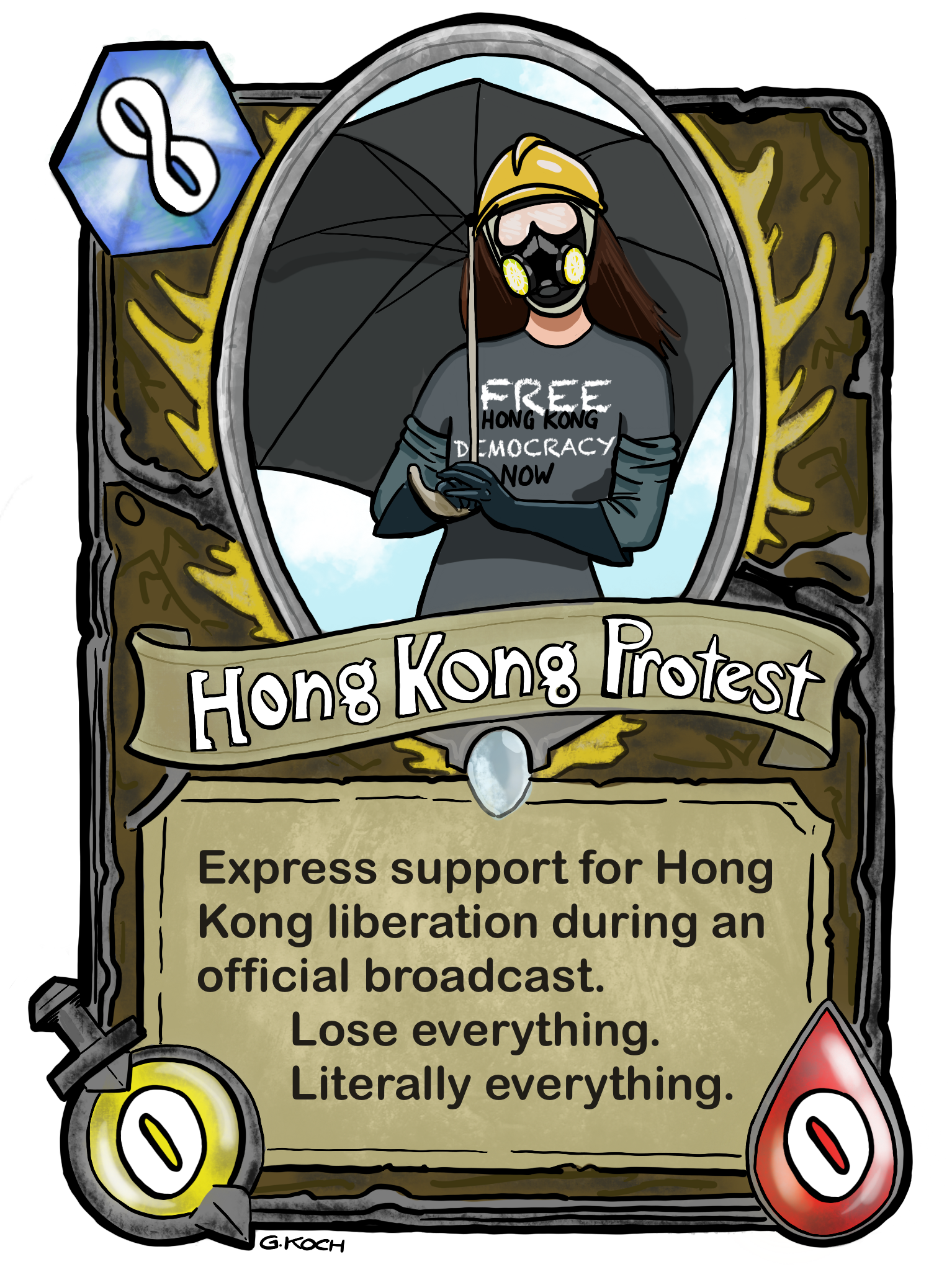 Blizzard Entertainment has suspended Chung “blitzchung” Ng Wai, a Hong Kong–based Hearthstone pro, from Hearthstone Grandmasters for using his post-game interview on Oct. 6 to support protesters demonstrating in Hong Kong. The casters hosting the interview — both of whom attempted to hide their faces during Chung’s statement — were also removed from their positions.

Chung appeared on the Taiwanese Hearthstone broadcast wearing a gas mask and goggles following a win against South Korean player Jang “DawN” Hyun Jae. Chung said, “Liberate Hong Kong, revolution of our time,” a slogan associated with the protests. The broadcast quickly cut away from the interview and a video of the stream was later pulled offline. The English broadcast of the day’s Hearthstone matches remains available, though the interview segment was not aired.

In a ruling on Oct. 8, Blizzard said Chung’s statement violated tournament rules — specifically, a rule against doing anything that “brings you into public disrepute, offends a portion or group of the public, or otherwise damages Blizzard’s image.”

Chung has been removed from the Hearthstone Grandmasters program, and money he earned this season — $3,000 plus $500 for each win — has been knocked down to zero. Blizzard also banned the player from participating in Hearthstone esports for one year.