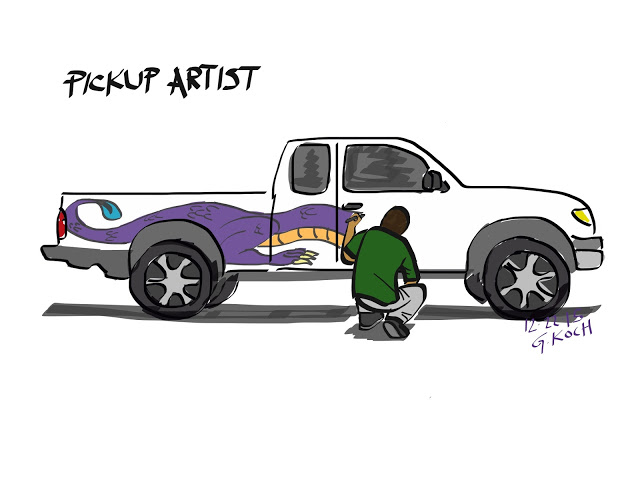 Very early this morning, I woke up and was unable to get back to sleep. I generally wasn’t feeling well. So I looked at Facebook for a bit as a diversion, and read a discussion in which some guy was attempting to make his anti-feminist case and praised PUA (Pick-Up Artist) culture while doing it.

I nearly waded in, but suddenly an idea occurred to me of what else “Pickup Artist” could mean. I thought about how pleasant it would be if that were the only meaning of that term. And then I just had to try and depict it. So that’s the story behind this drawing.