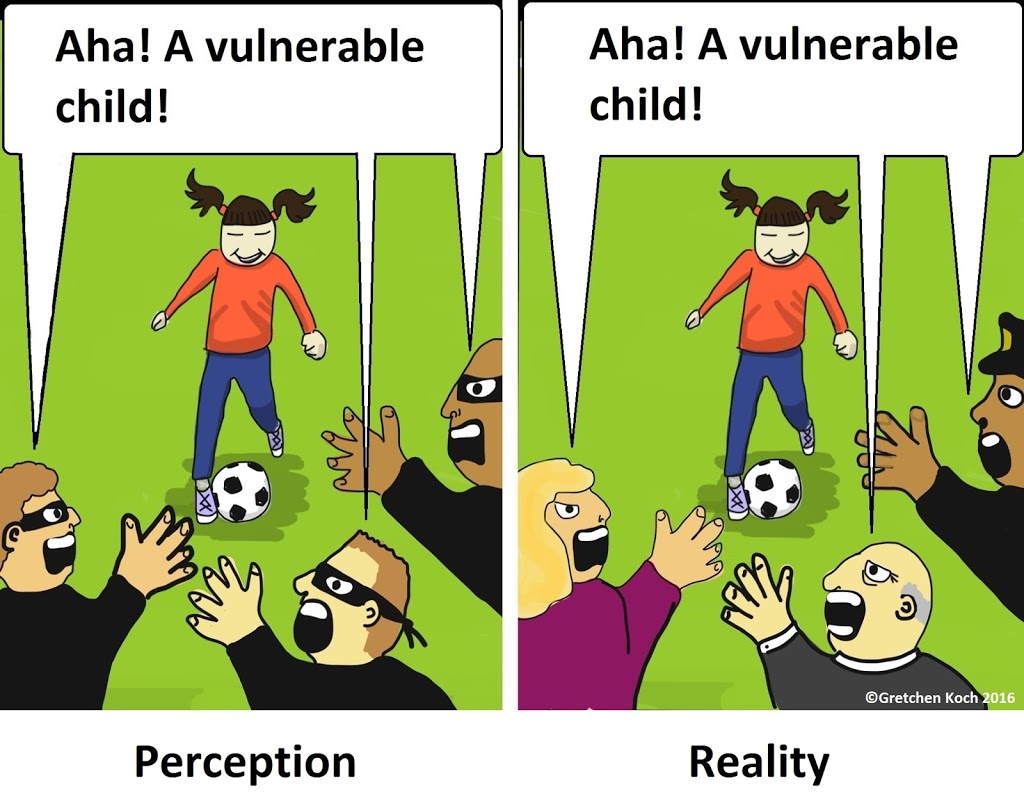 You don’t think about whether the store you’re taking your child into might get held up.

Yet leaving your kid alone, even for a short time in safe circumstances, can lead to a child-abuse investigation.

The researchers suspected that the overestimating of risk reflects moral convictions about proper parenting.

To separate the two instincts, they created a series of surveys asking participants to rate the danger to children left alone in five specific circumstances: a 2 ½-year-old at home for 20 minutes eating a snack and watching Frozen, for instance, or a 6-year-old in a park about a mile from her house for 25 minutes. The reasons for the parent’s absence were varied randomly. It could be unintentional, for work, to volunteer for charity, to relax or to meet an illicit lover.

Because the child’s situation was exactly the same in all the intentional cases, the risks should also be identical.

Asked what the dangers might be, participants listed the same ones in all circumstances, with a stranger harming the child the most common, followed by an accident.

The unintentional case might be slightly more dangerous, because parents wouldn’t have a chance to make provisions for their absence such as giving the child a phone and emergency instructions or parking the car in the shade.

But survey respondents didn’t see things this way at all.

The same was true for fathers, except that respondents rated leaving for work as posing no greater danger than leaving unintentionally.

That was true even when the survey explicitly separated the two factors, first asking participants to rate leaving the child from 1 (nothing wrong) to 10 (highly unethical/immoral).

People rated the risk higher when they first made a moral judgment.

“People don’t only think that leaving children alone is dangerous and therefore immoral,” the researchers write.

“They also think it is immoral and therefore dangerous.

“That is, people overestimate the actual danger to children who are left alone by their parents, in order to better support or justify their moral condemnation of parents who do so.”

The result is a feedback loop that increases the legal and social penalties for leaving kids alone and reinforces the belief that even the briefest parental absence amounts to child abuse.

Take what happened to Julie Koehler: she left her three daughters, ages 8, 5 and 4, watching a video in the minivan while she went into an Evanston, Illinois, Starbucks for three minutes. When she saw a police officer talking to the girls through the open windows, she thought nothing of it, until he returned and her 8-year-old started crying. She rushed out of the store, and the situation deteriorated from there.

Koehler is a public defender in the homicide division.

She knew she hadn’t broken any laws and she had two lawyers, her husband and mother, to call to the scene.

She wasn’t arrested, but the state nonetheless initiated a child-abuse investigation.

Read the rest at: https://www.thestar.com/life/2016/09/13/if-you-leave-your-kids-alone-its-not-predatory-strangers-who-are-a-risk.html