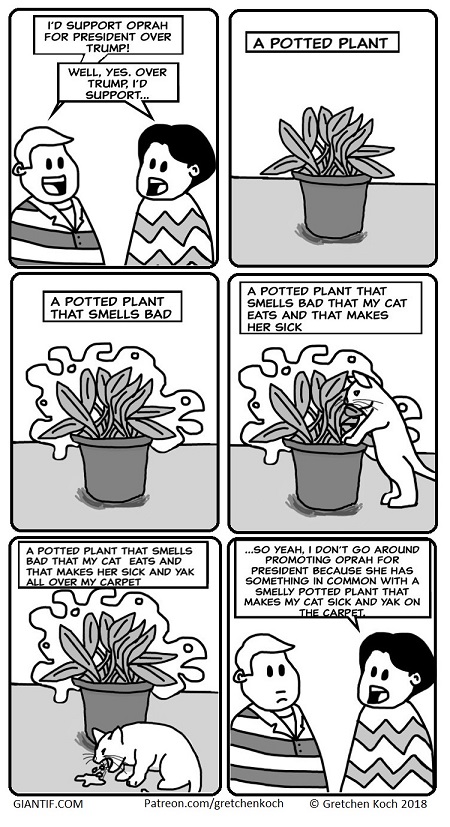 The Dunning Kruger effect is a cognitive bias that causes people of low ability to grossly overestimate their ability, because among their inferior abilities is the one that allows them to accurately assess the quality of their own skillset.
Donald Trump, in a stunning display of the Dunning Kruger effect, thought himself of proper aptitude to take the presidency, and a significant enough portion of Americans agreed with him to make that come to pass.
What’s supposed to happen is that when someone who lacks the sense to recognize his or her own lack of aptitude for such a position, he or she is immediately talked out of it by people who know better, or– worse comes to worst– loses the election because at least the electorship does know better.
In Trump’s case, neither of these things happened. I’m reading Michael Wolff’s book Fire and Fury: Inside the Trump White House like nearly every other American right now, which makes it clear that Trump’s own campaign and current administration also did not and do not believe that Trump is suited for the presidency, but supported and encouraged him anyway for the sake of their own personal gain.
Your everyday Trump supporter, on the other hand, with little to nothing to gain (and potentially much to lose) from a Trump presidency, apparently shared Trump’s Dunning Kruger effect with him and thought that being a shady real estate developer turned TV celebrity made him an optimal candidate for president.
Now I’m seeing a very similar thing happen with Oprah, who is suddenly being promoted as a presidential candidate for 2020 because of the speech she made at the Golden Globes the other night, because it appears that liberals have been jealous of conservatives and want their own inexperienced, unqualified celebrity candidate for president.
Presumably Oprah, however, does not suffer from the Dunning Kruger effect and recognizes that while she is an accomplished talk show host, actress, and businesswoman, these things do not amount to sufficient experience to be on your city council, let alone president.
I can only imagine how the numerous-and-growing body of potential Democratic presidential candidates who do have sufficient experience and ability are feeling right now.